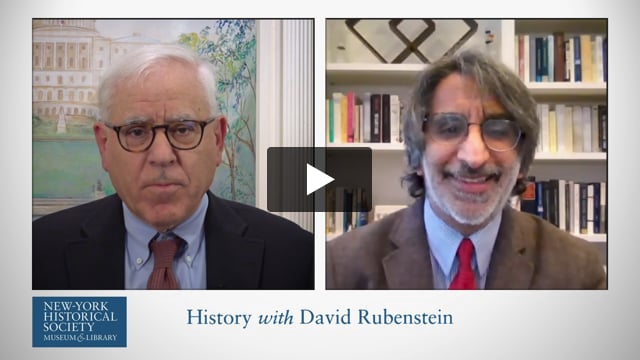 The Electoral College has been a source of much debate throughout American history. The controversy was amplified following the 2000 and 2016 elections after the runners-up in the popular vote were able to claim the presidency. In a conversation with David M. Rubenstein, esteemed constitutional scholar Akhil Reed Amar uncovers the fascinating history of the nation’s electoral process.

Akhil Reed Amar, a trustee of the New-York Historical Society, is Sterling Professor of Law and Political Science at Yale University and the author of The Words That Made Us: America’s Constitutional Conversation, 1760–1840.