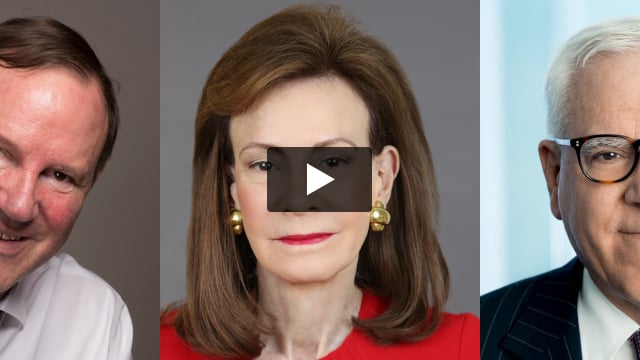 Publisher Katharine Graham, one of the most influential figures of the 20th century, championed excellence in journalism. Under her leadership, the Washington Post evolved into one of the nation’s most respected news sources and forever changed American history with its groundbreaking investigative reporting into the Watergate scandal. In conversation with David M. Rubenstein, Graham’s children Donald E. Graham and Lally Graham Weymouth discuss their mother’s life and legacy.

Lally Graham Weymouth is a senior associate editor at the Washington Post.